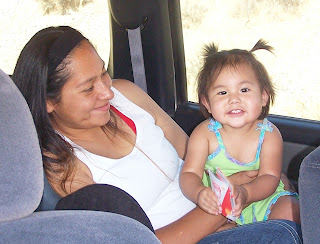 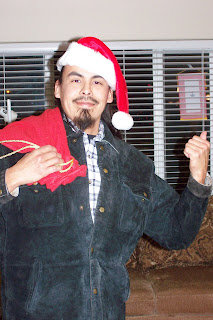 Remember the wonderful Armell family? I wrote about them a few months back. We've become even more attached to them. They're a great family. We've prayed several times for ways to be opened by which we could introduce the Church to them. President Spencer W. Kimball always said that the people should pray specifically so they could be blessed specifically with what they most need and want. So that's what we did here.
About 3:30 today we remembered that the missionaries were coming to have supper with us at 5! We flew into action. (Well, actually, I strolled into a little action; Sheryl did most of the flying.) In the midst of these preparations I got a call from Aric Armell. Could he come over this evening to load a few rounds for his Model 710 Remington in .300 Winchester Magnum? Sure, I thought. Our dinner guests would probably be leaving by then. But as I was saying these things, Sheryl said, "Jimmy, just tell them to come and eat with us."
Ding! Finally the light went on in my head and all the bells sounded. Here was the chance! The missionaries would be here by pre-arrangement and the golden family was walking right into the situation. Our missionaries these days are a three-some: Elder Doan of Michigan, Elder Cameron, a delightful Aussie, and Elder Barrow, a pleasant, quiet fellow, for a Texan!
Now Elder Doan and Elder Cameron love to poke fun at each other's home areas. This was going full tilt when the Armells arrived. The Elders' appointment for the evening had fallen through, so they could and did stay late, partly because I told my wife loudly in their presence, "No, they don't have to go. Their appointment fell through!" Zannita is a very bright and well-educated young lady. Somehow, her scientific knowledge aided the rest of us in teasing the "Michigander," Elder Doan, who seemed to bring it on himself by going after the Australian boy so much. Aric's natural drollery added to the fun. For about an hour we all just cut up and laughed around our table.
Then Elder Cameron asked whether they might leave a spiritual thought with us. Of course!
He quoted a couple of verses from Helaman in which a great prophet is giving advice and loving counsel to his sons. Then Elder Cameron bore his own testimony of how he had been able to count on Christ to assist him when he'd first left home and gone to college. This led into my testimony, supported by my wife's nods of the head, of the help the Church had been to us in times of loss, Shayne and Celia being mentioned specifically. Later, as Aric finished his loads in the garage, I blundered into a discussion between Sheryl and Zannita which seemed to give me a couple of opportunities to get out the scriptures to read possible answers to questions that came up. And Aric came out in time to hear the second of these.
As if this weren't enough already, another thing had happened shortly after the Armells arrived that I've been saving for the end here. Unbeknownst (I just love that word and hardly ever get to say it, let alone type it!)to us, the Armells are a "common law" family. Aric announced that they were going to be married very soon. We all got pretty excited. I asked where this was taking place. They indicated that they didn't know yet. I said that I was pretty sure people could use rooms in our Church for free for such events. Elder Doan concurred vigorously.
With Sheryl's help, I called up the lady who schedules the use of our ward building and reserved the Relief Society Room for 7:30 pm on Saturday the 24th. They may not be members yet, but my beloved Lamanite family is getting married in a Mormon building! You can probably hear my satisfied sigh from wherever you are. Specific prayer - specific blessings! In multiples!
Now please, everyone, pray for them. They are expecting a little boy this spring, and there are lots of things Satan might do to discourage them from the marriage or from further investigation. But if you'll all pray for them by name (the accent is on the second syllable,) I think that even more and greater blessings can be anticipated for this sweet family.
Posted by Jim at 12:10 AM

Oh Jim, that is so cool. Yes, your right about specifics. I've seen that in my own life before. I was just reading Sister Sylvia Allred's talk in the last Conference issue about missionary work, and getting that uncomfortable/anxious but yet exited feeling I get just before I begin an effort like that. You and Sheryl are such a great example to me. Thanks and love, Johanna

This sounds wonderful. I hope I can get to be as natural as you and Sheryl at sharing the gospel someday. Mike and I will keep the Ammell's in our prayers. That is so neat for them to be able to use your Church building for their wedding, too! When is the wedding?