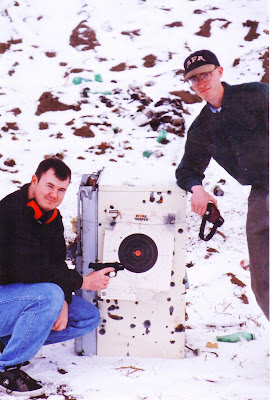 Well, let's see. What's been going on? I'm sure something has been happening, because the time has been passing, and, as John Archibald Wheeler said, "Time is what keeps everything from happening at once."

It has been my pleasure to come into renewed contact with a number of former students recently. Mindy Timothy started reading my humble blog after she learned of it from my excellent daughter, Autumn Marie Mulverhill. (Don't you love that surname, Mulverhill? It sounds like a Hobbit name to me.) Now Mindy's sister Delsa, who took two or three classes from me, is also reading my silly offerings. I was sorry that I didn't remember Delsa until she said a few things by email to help me recall. Getting old is terrible, and I hope I didn't hurt her feelings.


Just today I ran into a fellow named John Bryant at the new CostCo here in the Pocatello area. He looked familiar and asked my name. (No doubt he remembered me as having hair and that being a much darker color.) He said he'd done the "Youth Legislature" thing with me way back when. Poor John was recently divorced and moved here to help open the new store. He's been a CostCo employee for four years, but I think he was in my classes in the early nineties. Not sure.


One of my all-time favorite students was Will Springer, Madison Class of 2002. He took my History classes in the 2000-2001 school year. We became fast friends and often ventilated milk jugs and other threatening paraphernalia with paramilitary hardware of various types and calibers. It was Will who stepped up to me early on the morning of 11 September 2001 and asked if I'd yet heard of the "airplane hitting the World Trade Center." I hadn't heard. But, during my first hour class, we watched live as the second aircraft hit the second tower. On its seventh anniversary this year the History Channel ran a two-hour special consisting strictly of videotapes taken in real time as those events were happening. It truly was like living it all over again. Some things you don't really get over in this life. You just learn to live with them and the hole stays in your heart. Seeing all those folks being pushed out the windows by the flames and falling 100 stories was about the worst thing I'd ever personally witnessed.


Will is a USAF 1Lt now at Malmstrom AFB, Montana. He's a missilier. He hopes that his wife, Jaime, will "let him" get a new 1911 pistol when he makes Captain. Go, Will!

I believe everyone knows that Mary and Heather are both due to produce new humans in April. I think Delsa might have said she's having one, too. We wish them luck in that endeavor.

Another dear old friend and former student is Jed Lewis. I'm able to attach a photo of him here and also of the one he called "Haeberbuddy," my brother Jacob. These two survived my classes by dint of hard work and great senses of humor. Either that or they were smoking those cafeteria crispitos. 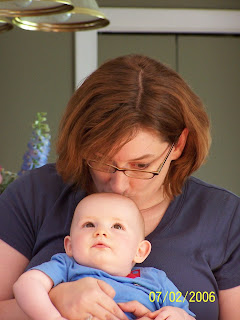 Jane Haeberle, my youngest sibling, master of the pursuit of all things trivial and manager of the gift department at the BYU-I bookstore, was also one of my students at one time. She really was a serious, hard-working student, but taking too many classes from one person can leave psychological scars that are visible in one's speech and behavior decades later. Then, too, she had to endure being accused of being my daughter, a trial actually reserved for Autumn.

My first four children were also doomed to endure my classes. They were all very nice about it, although my mild insanity (it was mild back then) might have embarrassed them occasionally. They all did pretty well at it, too. I particularly recall Hyrum, though, expressing his doubt at some amazing factoid I'd dropped on the class. "Nuh-Uhhh! 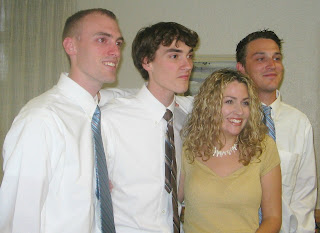 I'll get Sheryl to teach me (again) how to scan, so I can at least show year book pictures of my students when I refer to them. Tonight I'll be limited to those of whom I already have pictures in the computer.
Posted by Jim at 12:01 AM

Neat!! I was so glad to find you had a blog! I missed your amazing stories, or rather the amazing way you told the stories in high school history. Yay for technology!

Thanks Jim, very nice as usual.

I am not presently producing any more humans. We have 6 and that fills my cup to overflowing.
I wasn't hurt that you didn't remember me, btw. Actually, if you really did remember me, that would be amazing. It was quite a while ago (do you want to know the years?)and you have had an impact on so many students!