IT"S ALIVE!!! (and other cries of creative exultation)

All Hallows' Even seemed a good day for such a title. And besides, it's true! My dream of owning a CD of a favorite childhood recording of delicious music has come true. It's alive! 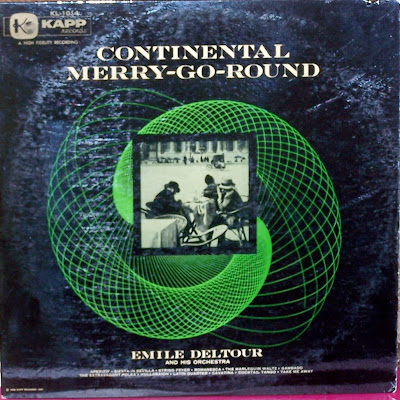 When I first found out a couple of years ago that useful copies of this dear old record existed and were for sale, I immediately started wondering how I could get one and then have it dubbed onto a CD. It was at about that time that I found out that Rick, the delightful owner of Budget Tapes and Records in Pocatello, has a heavy, professional turntable and is willing (for a fee) to give the old record a thorough cleaning and then run the diamond needle over it, passing the sound in pure digitized form onto a compact disc. I had him do it to two other records first: Travelin' Light by Tim Weisberg and Stormy Weekend by the Mystic Moods Orchestra. I had owned a CD of the latter before, but, like so many things I've owned, it up and disappeared on me. I couldn't find another CD of it, so I had to get Rick to order in a new LP and then dub it for me to CD.

Both of these products were - and still are - wonderful. So I knew who I was going to when I finally decided to spring for the $18.50 + shipping and handling for Continental Merry-Go-Round. The record arrived very quickly. The employee at Budget Tapes and Records said it would be about a week, but Rick had the finished product for me in three days! I don't suppose the fact that I had called him a day or so after dropping off the LP and asked him to watch out for a little white bump I'd noticed on Side A, Track 6, casually mentioning how excellent his work had been in the past. You could actually hear him smiling over the phone! He said, "Thank you, thank you!" And the next day he called me with the job done and done well. We picked it up that same day, yesterday, a Friday. Only in a couple of spots were there scratches big enough to make an audible pop. I suspect that the record had been played once or twice by its original owner and then had lain fallow for half a century, during which time I passed from a young child to a man of "late middle age."

I know I said that I would put some of the music here for everyone to hear, but Sheryl says she doesn't think that can be done, at least not with the equipment we have. If one of you knows better, please contact me, because hearing these sweet old pieces has been a tonic to my sad heart and brittle brain, so I would naturally love to share them with family and friends. The arrangement and performances are even more inventive and precise than I had recalled. Of course, "the limitations of the source recording are" made very clear, too, by the digital transfer. Side A, Track 1, a vigorous piece called Aperitif (named after an alcoholic beverage supposed to sharpen the appetite just before a meal) has a sort of thick or muddy sound to it, at least for the first little while. But it was made 53 years ago, for crying out loud! What do we expect from such a technologically backward age?

I am in a particularly soft-hearted mood towards the past tonight. We finally got around to watching the Ken Burns documentary Horatio's Drive tonight. My "baby sisters," Jocelyn and Jane, loaned the DVD to us months ago. It was just as delightful as I had expected it to be. I recommend it to anyone who hasn't yet spent the 2 hours and 26 minutes required to watch it. It made me feel that I had been along with the first men (and a dog named Bud, purchased in Idaho) to drive across America in an automobile. 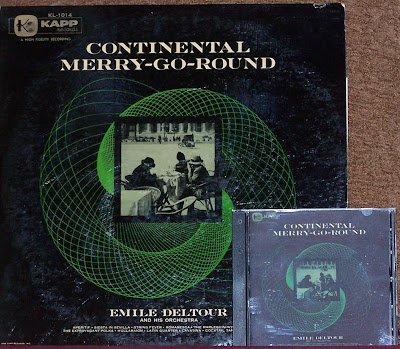 perhaps Autumn or another skilled user with newer equipment will do it for you?