I Dare You to Have an Opinion! 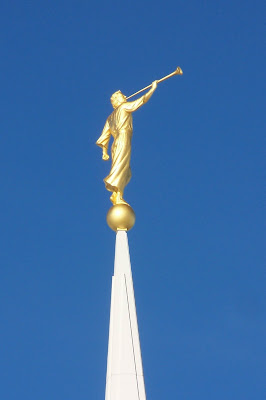 The Angel Moroni proclaims the restoration of revealed religion to the earth. 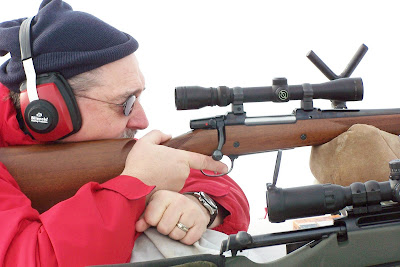 A common American practices his marksmanship.

I wish I had half your knowledge and ability to write so well as to be clearly understood. I have thought for some time that the way the wars in Europe and Japan eventually brought the gospel to those good people, the wars we're experiencing right now are probably the only way the good Islamic people will have the same opportunity. Yes, opportunity, which comes at great cost.

Your recent blog posts - no comments only because you're preaching to the choir here - but consider that missionaries are going to be required to call evil good by law - and what that portends.

I hear you, I really do on most of this. I believe we as a World and more pointedly, the American Society, have become too "politically correct" to ever see our private citizens take up arms in defense of Christianity. I literally cannot see that happening at this point. Some people would probably do it, but most will be influenced by the leering, judging crowds in our many "great and spacious" buildings (think Lehi's vision of the tree of life). As you noted, most of us in our society have already begun our "falling away into unknown paths and mists of darkness" simply through peer pressure to conform to political correctness in all avenues at all times and in all things. I have always loved the ideas behind being politically correct, and it pains me to see, as you do, bullies manipulating the system. I haven't read Alma 48 yet, but will read it soon and we'll talk some more.

Te amo 'til then, Babbo.