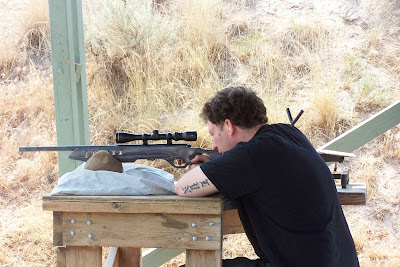 Erik Green tries out the Mako.


This is destined to disappoint those who wish that Brother Jim (or Uncle Jim or Grandpa Jim or dad Jim or son Jim or whatever he might be to you) would lighten up already about the guns. I regret to inform you that such a day will never dawn.

There are several reasons why I enjoy firearms.

They are Historical. Perhaps no human invention has been used to make more history, good and bad, than the firearm. Ships, trains, planes, terraced farming, the telegraph, the telephone, television, radio, and the internet all put together would be hard pressed, I think, to make more history than have firearms.

Firearms are more reliable than just about any other human invention. True, there are enough break-downs to keep lots of gunsmiths busy in any population of 100,000 or so, but that's nothing compared to the rate at which our cars and trucks need repair or new parts. I have one rifle about which I recently wrote a post which is 108 years old and still going strong. 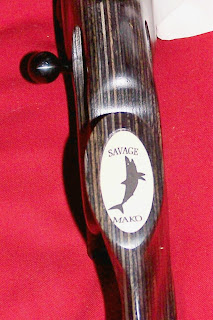 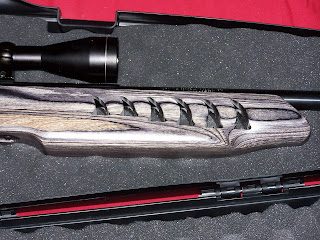 Firearms are as lovely as swords, as elegant as dress daggers, as versatile as a P-51 Mustang, and as handy as a walking stick.

This one is called the Savage Mako. The maker, Savage, has been around a long time, more than a century, I'm sure. This model, called the Mako, has a bull barrel (heavy and untapered) which is meant to minimize the vibration which does occur microscopically in any barrel as the bullet moves though it so quickly, rather like turning on the hose suddenly and watching the end of it flip wildly around on the grass for a few moments. This microscopic flipping around can ruin accuracy, thus defeating the purpose of the firearms. Hence, bull barrels and the modern synthetic reinforced barrels to minimize all that vibration.

Since this model was named for the Mako shark, the cut-outs in the forearm are in the shape of sharks' teeth and two representations of sharks are visible on the stock, one on the right side of the receiver, the other on the grip cap.

Savage has patended a device they call the "Accu-trigger." This allows the trigger pull to be very light, thus minimizing unwanted movement at the moment of firing which can ruin accuracy. It also avoids unintended discharges, since the safety in the trigger itself must be depressed all the way back to the face of the trigger before the trigger's rearward motion can begin.

The thumbhole stock is far from a new affectation, but it's fun and gives the shooter a detectable measure of increased confidence in the grip. Besides, it looks really cool and I'd never owned one before I got this one in November of 2006.

It shoots, too. Witness the group my wife fired in my blog about my reasons for being proud of her. As a final testimony of its prowess, here is a target which I fired at 25 yards not long ago. The first two bulls were not too impressive. But when I got my head together and really concentrated, the third bull shows what the rifle was capable of all along. There are three shots there! 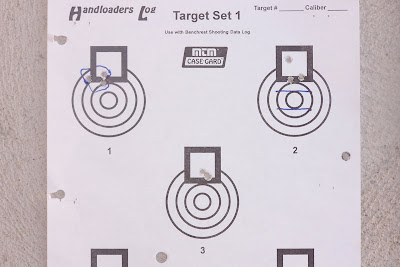 Silly me! I thought maybe you had some information on the great Asian actor, Mako. He was often savage.