The Choice Seems to Have Been Made for Me 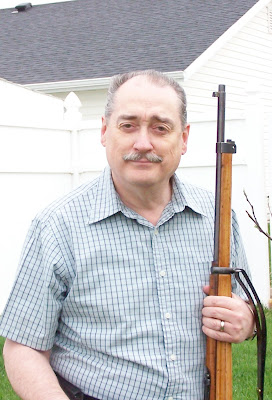 Yes, I know I've used this before, but it's the only portrait of myself I've liked in maybe a hundred years!
If I'd ever had the experience of having someone walk up to me and say with an authoritative air that I had to choose between losing my short term memory and losing my long term memory, I suppose I'd choose to keep the long term memory, because that's where my babies live and that's where I experienced youth and all its thrills and first-time experiences. That's where Shayne lives. That's where my missionary and military service are located. That's where I last had hair! :) My first crush, first date, first kiss, first driver's license, first .22 rifle, my discovery of the beauty and power of language, my first experiences with great music, and the warmest memories of home and family -- all of these live in the long ago.

But I'm glad no one asked me. Instead, the choice has been made for me. Today I met with Reed Hendricks, a counsellor at BYU-I whom I've been seeing for some time. When I got out to the car I told Sheryl that Reed had been in the same mission as our family practitioner, Jeff Hopkin. To my astonishment, she said, "Yes, you told me that a couple of times before." This shocked and hurt me. I had been telling myself for days that maybe I could beat this Alzheimer's thing, and there I was having an Uncle Harvey moment.

Sadly, that's about the only thing I recall about Uncle Harvey, my grandfather's brother. He was pretty deep into dementia by the time I knew him. I remember that we addressed him as Uncle Harvey and that he was very kind and friendly, but John and I could never figure out why he kept telling us stuff as if he hadn't already said it several times in the past few minutes. We looked at each other and shrugged. This was in the fifties. The world was a sweet, safe place in the fifties. I know. I lived through them. Others may have had other experiences with the Korean War or the Cold War or organized crime taking over Las Vegas, or the beginnings of the overdue Civil Rights Movement. But for this little middle-Tennessee boy, the world of the fifties was a safe, green, happy place.

The happiest place to be was my grandparents' home in Tullahoma, Tennessee. There were woods out back for playing in and for gathering blueberries and blackberries which my grandmama would then turn into pies and cobblers. The lightning bugs (fireflies) made every summer night a mystical experience, and the moss that covered every tree and stone and brick seemed like it had been put there to soften the world for little boys.

I have a dim recollection of being told that Uncle Harvey had died. Death was a strange concept to me back then. I had seen it portrayed in movies and on the B&W Zenith TV we'd had for a year or so, but this wasn't like that. I don't recall seeing my mother cry for her uncle, although I suspect she did. I don't recall anything upsetting about it. A bit somber, maybe, but not upsetting. Besides, death was only a temporary thing, right? Johnny and Bucky and I and lots of other little kids ran around the house and around the neighborhood in more-or-less constant combat. We might be fighting criminals, Apaches, Yankees, or Nazis, but we were always fighting someone. Matching the year, make, and style of firearm to the historical setting of the conflict never really occurred to us. They all had infinite magazine capacities and could make shots at phenomenal distances if we only willed it so. And every time one of us got hit, he was only out of play for a matter of seconds. Death was only a minor inconvenience.

All my life I was told by anyone and everyone who was even a minute older than me that I was sort of a carbon copy of my granddaddy. Now, for those of you under about 40, a carbon copy is sort of like a printed copy except less clear. But one thing that became clear to me over the years was that being compared to Clifton Ellis Templin was not always a compliment. If I showed a great aptitude to recall details of events that had happened long ago, then I was told I'd gotten that trait from him. If I spelled everything correctly and aced a test, then at least part of the credit went to him. And I was fine with that. I loved him.

Gradually, though, especially as I got into my teens, I would be told that some utterly undesirable trait of mine was "just like him." This seemed to imply that I had a choice to make. Keep being just like the guy I loved, or change and abandon him. I know, that's silly, but that's also how it seemed.

The last time I saw him was in June of 1978 when the whole family formed a caravan to tour the sites and homes of importance to our clan. His hair was a bit whiter, but he seemed the same to me. Some years later my mother went back east to stay with my grandparents while my grandfather was dying. He had Alzheimer's too, but he also had cancer. Mother said that he got to chat with loved ones who'd already gone beyond the veil as he was preparing to do so himself.

I was comforted by this sort of thing. I was so comforted that his death didn't seem real to me until the next family caravan to the east which occurred in 1990. Only when I'd walked through every room of the house on West Side Drive could I be sure that he wasn't there. Grandmama, who had always been precious to me, seemed terribly fragile during the days of that stay. I stared at her as much as I could. When we finally said goodbye, I kept reaching out to touch her just one more time. Since her death, I've had the thought maybe a thousand times that I ought to call her to tell her about something or ask her about something. I guess that's normal. Until just a few years ago, I kept having the idea of calling Mike Ruskievicz, too, and he's been gone since '71! Maybe I'm a slow learner.

To be losing my ability to manage all my own affairs is pretty scary. Sometimes I think that I haven't really lost any abilities. I think that maybe they've just atrophied, because Sheryl, like every other girl who ever decided that she loved me, does so much for me that I almost forget how to do for myself. But I know it's different this time. It may take a long time. In a way, I hope it does. Like Dr. King said, "Longevity has its place." But remember when he said it?

I expressed my concern to Dr. Vance about becoming a drooling vegetable (uncooked, if you please) who doesn't recognize anyone and can't recall from one minute to the next what day it is. He laughingly said that a heart attack or stroke will probably take me out before that eventuality. Somehow, I was not comforted.

So the choice has been made for me. My short term memory, never my strong suit anyway, will fade out first. I don't know how long they can keep the long term stuff alive. I'd like to think that, right up to the end, even if it's many years from now, I'll still be able to tell you what was at stake at Agincourt, Antietam, or The Bulge. But if there's anything life has taught me for sure, it is that there are no guarantees except that we will pass through whatever we agreed to pass through before we came here.
Posted by Jim at 11:01 PM

Character remains when the events that formed it are forgottne I think.

Could this possibly be due to the face that you were always thinking in the past :)

Please don't worry about repeating yourself to me, my short term memory is so bad, I won't remember a thing. Who are you again? :)