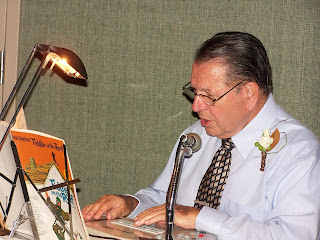 According to Greek mythology, there were several young women, minor goddesses, who were called the muses. One might inspire you to do a good job in the Greek theatre. Another might help you to be a great architect, painter, or sculptor. But my favorite Muse is the Muse of Music.

Her name, as you can plainly see, is taken from the word muse, itself. I have been blessed with the ability to see beauty in all its forms. I am grateful for this. But the art form which has blest me the most often and the most powerfully in my earthly probation is music. If I am sad, I know just which pieces to play to help me cry out my feelings (Elegy by Massenet, or Fantasia on a Theme by Thomas Tallis by Ralph Vaughn Williams.

To bring the Spirit into my home, almost anything by "the choir" will do the job nicely. In recent years they've put out several new albums which would wrings tears from a lava rock, whether from expressing sadness or joy. For those who recall Empire of the Sun, that gorgeous welsh choir piece which the English by is practicing at the beginning of the film and which he sings to honor a very young kamikaze pilot near the end, is performed with such delicate perfection by the Choir that, after it's over, you might find yourself string at the wall and living in another place for several minutes after it's over. The same is true of Christmas music. I'm a big fan of Chip Davis and Mannheim Steamroller, but for quiet listening to music which must sound like what the shepherds heard, y ou can't beat the Choir.

Sometimes you're just in a mood. A few nights ago I got on Google and as many performances of Orange Blossom Special and of Foggy Mountain Breakdown as I could find. It satisfied something in me. So did Dueling Banjos from Deliverance.

That brings me to soundtrack music. So many films have been "made" for me by their soundtrack music that I can scarcely think of the film without hearing the music. High Road to China, Out of Africa, Gettysburg, Last of the Mohicans, Zulu, not to mention dozens of TV shows with great music. Peter Gunn (by Mancini), Mannix (by Lalo Schifrin), Mission: Impossible (Lalo Schifrin), The Avengers, The Man from UNCLE, The Wild, Wild West, Simon & Simon, Magnum, The Rifleman, Wagon Train, Gunsmoke, Twelve O'Clock High, and a bunch of others that won't come to my mind just now.

Popular music rarely appeals to me, but thee have been occasional pieces that seized my imagination and filled me with joy. The Music Box Dancer and Popcorn were among these. In earlier days, The Little Nash Rambler and The Witch Doctor appealed to us. As I was getting started in college, Simon & Garfunkel were having great success in both recorded and concert music. I found (and still find) that I can sit still and listen to their lyrics and feel bobbed about on their music as on a small boat. They were wonderful: The 59th Street Bridge Song, The Boxer, Scarborough Fair. Back in '69 the Romney Science Bldg. had a huge boulder made of lava sitting on the grass on its east side. When Simon & Garfunkel were popular, someone tastefully painted I AM A ROCK on the side of he boulder. Only minor graffiti and it gave so many people a smile.

Now to the classics. I really should probably wait and do them separately. They are so many and have blessed me so much. We grew up with Tschaikovsky's Peter and the Wolf and with the British band classics of Gustav Holst and Ralph Vaughan Williams. At about 13, all I wanted for Christmas was a copy of Stravinsky's Firebird ballet suite. I'd never seen it performed, but the title told me it must have some good stuff in in. It did, of course. I listened to it until I could appreciate it and finaly until I loved it. Eugene Ormandy had recorded it with the Philadelphia Orchestra. He was on the flip side, too, doing Modest Mussorgsky's Pictures at an Exhibition. I fell in love with that one even faster, especially after I read the liner notes and found out the great loss Mussorgsky had suffered to be able to write this piece.

I had only been exposed to a little Beethoven before my mission, but Elder Georges Spagnolo played the entire Fifth Symphony every P-day in Verona. I would just sit there and listen to it, not able to tear my mind or heart away from its beauty. Later in life I picked up more and more of Beethoven.

Aaron Copland, George Gershwin, and a bunch of other great guys captured my heart one at a time as the years rolled on. But I have to say that my favorite composers are three men who have written for films, TV, and special occasions for a long while. Only one of them is still living. I refer to Henry Mancini, LeRoy Anderson, and John Williams. Their accomplishments are legend and deserve to be so. Each of them has written dozens of delightful tunes as well as great orchestral works for film and concert. Anderson even translated Scandinavian languages for the UN! On the back of m y album shuck for the LP of Peter Gunn, the statement is made that Henry is working with a promising new young pianist named "Johnnie Williams." I wonder...
Posted by Jim at 2:46 AM

Thank you for reminding me. Music has always been a big part of my life and I've been leaving it out lately. I had the added advantage of performing when I was in my 20's especially. It's a great release and a wonderful pick-me-up. I was listening to Christmas music the other day. Changed my mood completely.