My Father Gets His Wish 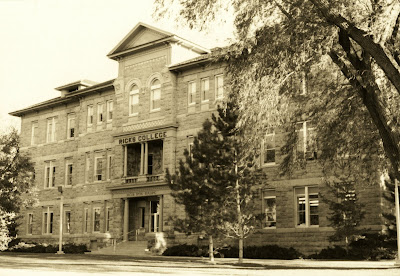 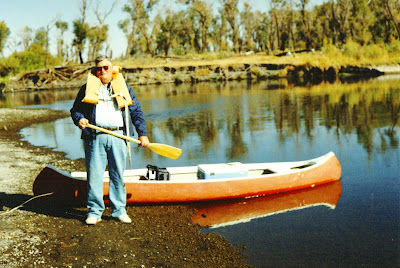 My father has always been a man who loved life and the people in it. Everyone felt loved if they were around him. In the fifties, sixties, and early seventies, his word was law to us kids and that was fine with us. His was no benign dictatorship or enlightened monarchy. Only rarely did he feel that he needed to draw a line. He could enforce it without touching you. I recall that there was a disagreement between two family members in the summer of 1984. As I headed for the stairs, he instructed me to come back into the room. We were going to talk it all out. Nothing would be left hidden or undiscussed.

His instruction caught me by surprise. I was 33 and felt that I was beyond such instructions. I turned around and looked at him for a long moment. I could tell that he was aware that I might just keep walking. But he had always been a source of awe to me. At length I slowly walked back across the room and sat down, chiefly because I couldn't imagine not obeying him.

As he began to speak, his voice took on its usual characteristic of earnest concern and a desire to see love and reason triumph. We all knew perfectly well what the facts were, but he enumerated them anyway. That way no one could pretend that they didn't know something. That made us all responsible for the same set of knowledge. Then he suggested various behaviors and temporary sacrifices we could make that would restore harmony to the household. And it worked.

It was in this period that my parents began to grow tired. Raising children will do that to you. My brother and I had a few discussions in which we wondered at how much younger siblings could "get away with." Now, it could well have been that our folks had simply learned more tolerance and patience. But, to us, it sometimes seemed that something was wrong. Either we had been through an unnecessarily stern upbringing, or the younger siblings were without that degree of respect and obedience which we had known.

Now, after many more years of experience and having become amazingly tired, myself, I don't feel a desire to criticize anyone in the family. My love for my parents has grown and grown and stories of disobedience or disrespect by someone else don't seem to matter all that much any more. They all turned out to be good people, very possibly better than me.

Watching my father die several nights ago was a surreal experience. It was absolutely clear what was happening, and, indeed, I had been praying about and preparing for it for several years. And it wasn't any fun, actually. But there was lots of laughter, because we all felt the nearness of this wonderful, loving, funny, mischievous, tender, and spiritual man filling the room in such great abundance. Throughout his life I had felt something akin to worship towards him. I loved him with urgency and felt that I needed to fly to his defense if anyone showed him the slightest disrespect. But this love had grown even greater in the last quarter century of his earthly probation. No one else even came close to showing me as he did what a good man and a good priesthood holder should be. I will deeply miss just sitting and talking with him. I had always hoped that we could attend just one more General Priesthood meeting together at Conference time. We had done that several times, at least once with Joseph along. It was a great experience. I think it was a sort of spiritual version of the solidity that the Earps had with each other and with their favorite dentist. We were an inseparable family, and we were the good guys.
He had expressed his wish not to live if he couldn't be in robust health. He had left no doubt that no ventilators or heroic measures were to be taken if he were seriously damaged by another stroke or anything else. So he got his wish. My wish is to measure up to his example by the time I see him again.
Posted by Jim at 12:29 AM

I'm sorry for your loss, Mr. H. I totally understand about his wish; it's mine as well.

I think your father and mine could have been great friends. I feel much the same way about my dad that you feel about yours. I was not present when Dad died. We were living in Phoenix then. But he had a peaceful passing while picking tomatoes. We couldn't have asked anything better for him. You have my greatest sympathies on losing such a man. I know you understand the eternal nature of things and will receive comfort from this understanding.

I just read your tribute to your father. My condolences to you. I am so grateful for the promises that Jesus Christ give us so that the sting of death can be softened. I am sorry I didnt know sooner. Hope all is well for you.