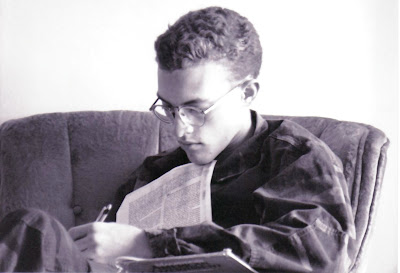 It occurs to me with increasing frequency that people are tired of hearing my thoughts. I can't really blame them. People who think something so firmly that they go to the trouble of writing it down and sending it out into the ether to be read by others are clearly too opinionated. But it's hard to get to my age without having a few firmly held opinions.
Perhaps it's my age that causes my thoughts to get on peoples' nerves sometimes. Maybe it's the fact that I'm a jailbird. Not really sure. Anyway, I thought I couldn't lose by quoting others. If people agree with even a few of the things I quote today, they'll say positive things. If they disagree, they're only indirectly disagreeing with me. I win either way. True, left-leaning people are automatically suspicious of anyone who quotes people like Eisenhower, Patton, or even Edward R. Murrow, but they can't actually blame me for the original thought. The most they could do would be to tell me that I don't quote enough Democrats and Socialists. Just to appease them, perhaps I'll throw in something from Chairman Mao's "Little Red Book." (Actually, its title was Quotations from Chairman Mao, but everybody used to call it "the Little Red Book.")
So, without further ado (and by way of saying adieu) I present here a few of my favorite sayings by some of my favorite (or least favorite) folks.
Power flows from the barrel of a gun.
- Chairman Mao Tse Tung
Dictator of Communist China
A nation of sheep will beget a government of wolves.
- reporter Edward R. Murrow
The strongest reason for people to retain the right to keep and bear arms is, as a last resort, to protect themselves against tyranny in government.
- Thomas Jefferson
Forgiveness is the fragrance the violet sheds on the boot that has crushed it.
- Mark Twain
We cannot but pity the boy who has never fired a gun; he is no more humane, while his education has been sadly neglected.
- Henry David Thoreau
Chapter 11, Higher Laws
The inherent vice of capitalism is the unequal sharing of the blessings. The inherent blessing of socialism is the equal sharing of misery.
- Churchill
The only difference between a tax man and a taxidermist is that the taxidermist leaves the skin.
- Mark Twain
There is no distinctly American criminal class......save Congress
- Mark Twain
A Dark Age, by the way, isn't when we have forgotten how to do something. It's when we have forgotten that we ever could do it.
- Jerry Pournelle, 1 January 2009.
Tolerance becomes a crime when applied to evil.
- Thomas Mann
A liberal is someone who feels a great debt to his fellow man, which debt he proposes to pay off with your money.
- G. Gordon Liddy
Well, that's enough for one blog. I have lots more which I'll share with you on a similar occasion when I feel like writing but have nothing original to say. Of all those I've quoted today, I think the statement by Thomas Mann is most urgently applicable to today's America.
Posted by Jim at 1:22 PM

You left off my favorite one by Pastor Martin Niemöller.

Nothing against anything you quoted today, but this was a let down when I came here to hear from YOU, not all the fellas you quoted! I miss you everyday--not these fellas. :)

Please keep writing your thoughts and views even if it is only so I can read them and satiate my soul a little with my Dad. Who cares about the other ingrates?! Your family members will always want to hear from you.

Clever quotes are cool, too, but I like them best when you are referencing them and not using them as substitute fodder for you. :)